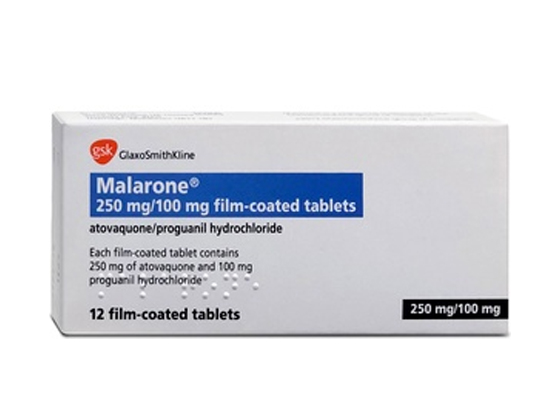 Malaria is a blood disease, transmitted to humans through the bite of an infected mosquito, called Anopheles. The Anopheles is a mosquito genus that has about 460 different species. Around 100 out of 460 species can transmit malaria to humans, but only 30 to 40 species frequently transmit the plasmodium parasites that cause malaria. When diagnosed in time and treated with the right medication, malaria can be completely cured. In addition, there are now several medicines that can be used to prevent it, such as malaria prophylaxis.

Malaria – A Severe but curable infection

Malaria is a blood disease that gets transmitted to human beings through the bite of an infected mosquito called Anopheles. When you get bitten by an infected mosquito, the parasites enter your bloodstream. Once the parasites are inside the body, they start to travel to the liver. When they reach your liver, the parasites stay there until they mature. After a couple of days, the mature parasites enter the bloodstream again, starting to infect red blood cells. Around 48 to 72 hours later, the parasites multiply, causing the infected red cells to blast open. As the infection continues, the symptoms start to manifest in cycles, lasting 2-3 days at a time.

There are five main different plasmodium parasites that can cause Malaria. As a result, the disease itself manifests differently, depending on which parasite caused it. Those five parasites are:

Many of the overall deaths caused by Malaria are children in Africa. The reason behind this is the climate of sub-Saharan Africa, which is very convenient for the malaria parasites and Anopheles mosquitoes. To explain, the climate is hot enough to provide the conditions for a widespread of these pathogens. Besides from sub-Saharan Africa, the regions that have the climate fit for the life of carrier-mosquitos are Latin America, Southeast Asia, and the Middle East. Regardless of that, there are still cases of Malaria reported in other parts of the world, as well. People, who travel to warmer and tropical parts of the world, sometimes get the disease and carry it back to their countries. For example, there are about 1,500 cases of Malaria reported in the United States every year. These cases are usually immigrants and travelers who return from countries that are considered a hotspot for Malaria.

The first symptoms of Malaria usually start to manifest 10 to 15 days after you got bitten by an infected mosquito. There were also documented cases of people who developed Malaria several months after the bite. Symptoms include:

Every malaria treatment aims to eliminate the parasites from the bloodstream of a patient. Malaria medications are used to kill the parasites that live within the red blood cells and liver. The drugs that are used to treat malaria are called anti-malarials, and often two different ones have to be combined to completely cure the patient of Malaria. Sometimes, if the patient has dormant liver stages of parasites, the second medication is prescribed to prevent an eventual relapse. Once you start using the anti-malarials, you should keep in mind that all of the Malaria prophylaxis medications have side effects. Should you experience any of them, notify your doctor as soon as possible!

Apomeds offers you two highly-efficient Malaria prophylaxis medications, Malarone and Doxycycline. Their active ingredients, atovaquone, and proguanil hydrochloride prevent the multiplication of malaria pathogens. Doxycycline is used both as a prophylaxis and treatment for malaria. It is an antibiotic and contains the active substance doxycycline in the form of doxycycline monohydrate.

How to prevent a Malaria infection

There is no available vaccine for Malaria prevention. If you have to travel to one of the countries where Malaria is common, you should inform your doctor. There are highly useful Malaria prophylaxis medications that you should take prior to, during, and after your travel. Medications used to prevent the disease are the same as those that are used to treat it. If you live in an area of the world where malaria is prevalent, you should talk to your doctor about the possibility of long-term prevention. It is recommended to keep your skin covered, use bug sprays that contain DEET, and sleep under a mosquito net.

Apomeds puts at your disposal Malarone and Doxycycline, two successful malaria medications. Both of these were proven to be effective when used for treating and preventing Malaria. In case you have symptoms of malaria, or if you are traveling to one of the malaria hotspots, then you should order malaria prophylaxis. All you have to do is complete an online questionnaire about your health condition. After our EU-licensed doctor reviews your answers and issues a prescription, your drug will be discreetly packaged and sent to your home. For more information on how Apomeds works, please click here.