( 19015 )
All medications in this category are temporarily out of stock. Please check back later. 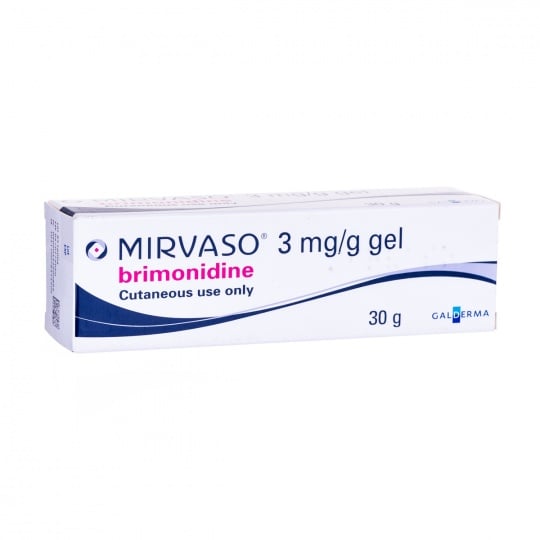 Package price from £113.4
Out of Stock
Prices and product information 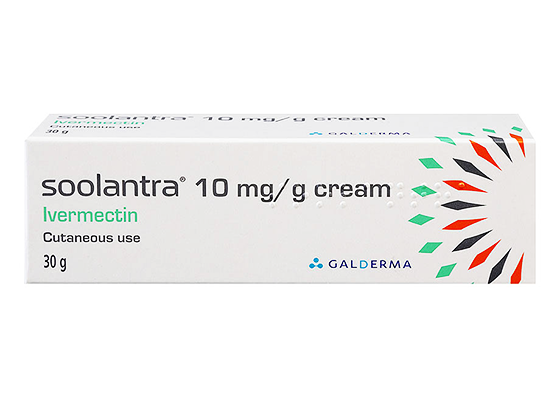 Package price from £79.5
Out of Stock
Prices and product information

Rosacea is a chronic inflammatory skin disease that is reminiscent of severe acne and usually occurs on the face. More than 400 million people worldwide are thought to be affected by rosacea. This disease is usually triggered by excessive strain on the skin. In many cases, rosacea is chronic and not completely curable. However, the symptoms can be greatly reduced by appropriate treatment with medication.

For many people, rosacea feels like a never-ending nightmare, as it can suddenly reappear in a modified form in adulthood, after a severe acne case during the teenage years. The appearance of the skin is similar in both cases and includes symptoms like:

Sometimes, rosacea, which occurs in relapses, can even cause severe itching and is thus a severe impairment in the lives of affected people.

The causes that lead to the development of rosacea are debatable. This occurs in certain people when they put excessive strain on their skin, through too much UV radiation, for example, or through poorly tolerated cosmetics, heat, hot showers, stress, and too much coffee consumption. However, why a certain percentage of all people develop this chronic form of skin inflammation has not yet been clarified.

Genetic disposition is suspected which, in combination with bacterial infections or immunological factors, leads to the described skin irritations. Once rosacea has formed, it is usually no longer completely curable. However, with a few lifestyle changes, the symptoms can be kept under control to a large extent. Certain medications can also help significantly.

Rosacea is known to have three degrees of severity and some special forms.

Rosacea severity grade 1 - In addition to reddening of the skin, vascular dilatation occurs in the facial skin. The skin tends to flake, itch, and occasionally stabbing pain can occur.

Rosacea severity grade 3 - Expresses itself through strongly inflamed enlarged sebaceous glands. Also, it develops growths, for instance a pug nose. This form of rosacea can be a significant psychological burden for those affected.

Furthermore, other subtypes of rosacea are known, which have different characteristics.

How can Rosacea be treated?

Unfortunately, rosacea can only be treated to a limited extent and will usually not disappear completely. However, one can largely get the symptoms under control. Above all, the right cosmetic care can significantly improve the appearance of the skin. Patients should also pay close attention to their diet but it is not possible to generalize any nutritional tips, as every patient reacts differently to certain foods.

A big help in the treatment of rosacea is the use of medication. One can rely on locally-applied therapy, which usually works with cream, as it is applied directly to the affected areas. Metronidazole and azelaic acid are among the most important active substances used in this process. The main focus here is on the anti-inflammatory effect of these drugs. These drugs also inhibit the growth of skin cells, which counteracts skin proliferation.

The systemic treatment of rosacea relies on medication in the form of tablets. These are mostly used for the serious form of this skin disease. Antibiotics can also be used if the trigger is bacterial. At Apomeds, we offer two effective rosacea treatments:

Ultimately, laser treatments and surgical procedures can bring improvements in case the above treatment options do not bring the desired results.

At Apomeds you can buy medications for the treatment of rosacea, online. Among the products that have proven helpful are Soolantra and Mirvaso Gel. These creams are intended for local therapy. You can order the desired product from the comfort of your own home. An online prescription will be issued to you by one of our EU-certified doctors after you complete a questionnaire. After that, the original product, along with the prescription, will be delivered to your home, within 48 hours! More Information on how Apomeds works, can be found here. Read also about our medical advisory board,by clicking here.