Order online the morning after pill. 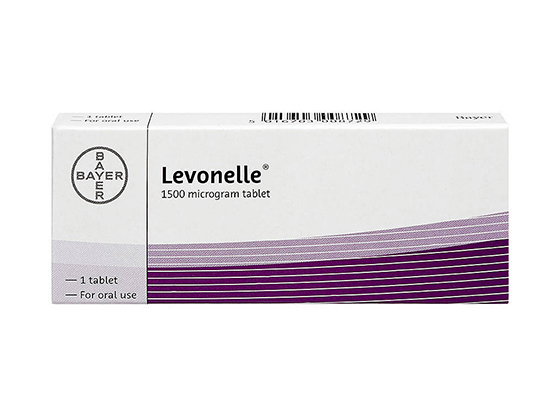 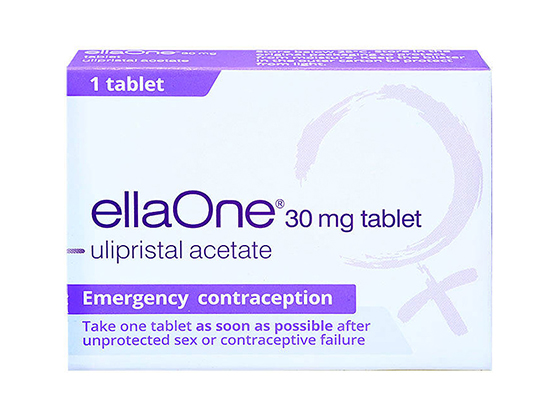 What is the morning-after pill?

The morning-after pill is emergency contraception. A 2015 breakthrough made it possible for women to buy this drug after a short conversation with the pharmacist, without a prescription. Apomeds makes this process even easier for you. To explain, you can order the pill quickly and in an uncomplicated manner, on our online platform. After a successful short consultation via a questionnaire, the prescription will be sent immediately to the mail-order pharmacy. After that, you will receive the morning-after pill, within 1 or 2 working days, along with the prescription.

The morning-after pill is used to prevent an unwanted pregnancy. The emergency contraception pill is taken in the following situations:

Most importantly, keep in mind that this pill does not protect you against sexually transmitted diseases (STDs).

How does the morning-after pill work?

The pill changes the effect of a natural hormone that your body produces, progesterone, which is responsible for ovulation. As a result, the ovulation is postponed and the sperm becomes ineffective. After taking the pill, you can expect menstruation to come back at the usual time with a leeway of seven days. Late menstruation is therefore not necessarily a sign of pregnancy. The effect of the morning-after pill is almost 100% effective. Statistically, only 2 out of 100 women became pregnant after taking the morning-after pill.

How and when to take the emergency contraception pill

You should take the morning-after pill as fast as possible after the relevant intercourse, but no later than five days after. Sperm can survive up to five days after intercourse inside a woman’s body and the egg cell could be fertilized during that time. Also, you can take the emergency contraception pill at any time during the menstrual cycle.

How effective is the morning-after pill?

The hormone, levonorgestrel, is very effective as emergency contraception. Out of 100 women who used the morning-after pill at the right time as birth control, less than 0.6 women become pregnant. If you take it exactly as instructed by your prescribing physician, then the pill will most likely prevent pregnancy.

In case of an allergy to the main ingredient, do not take this medication. Also, it is not recommended to take the morning-after pill together with a birth- control pill or while having a gestagen-releasing IUD (intrauterine device).

Furthermore, the following conditions have to be clarified with the physician before administering the pill:

Side effects of the morning-after pill are rare and they usually go away on their own. Some of them include:

If any of the above symptoms last for an unusual amount of time (a week or more), contact your doctor. Please see the full list of side effects, contraindications, and interactions in the Patient Information Leaflet.

How does the morning-after pill help girls and women?

It is normal and common when an “accident” happens and as a result fertilization occurs. In the past, women and girls had to wait in a panic to know whether they got pregnant after sexual intercourse since only the anticipated arrival of the period assured them that there was no pregnancy. The morning-after pill makes this process stress-free and simplifies it substantially.

What happens to my body after I take the pill?

After taking the pill, ovulation is delayed, and the sperm cannot fertilize the egg cell. The cycle continues as usual. If menstruation is introduced by taking the pill, it is possible that the period is stronger than usual and accompanied by pain, nausea, cramps and other side effects. That is not necessarily the case. If the egg cell was already fertilized before the morning-after pill was able to have an effect, the egg will be lodged into the uterine lining and the pill will not be effective. In such a case the pregnancy will not be terminated.

How long does the morning-after pill stay in my system?

The pill is very effective and can stay in your system for up to 5 days (120 hours) after unprotected sex. Given its high level of hormones, it is essential to use it only when needed and not as the main form of protection against pregnancy.

Will the morning-after pill affect my mood?

Some of the side effects include mood swings, depression and you can also feel more emotional than usual. These symptoms are typically caused by the hormones in the pill and last only for a brief period. Not all women experience these side effects, but in case you do and they persist for a longer period, contact your prescribing physician.

Order the morning-after pill with Apomeds

The morning-after pill can be bought in British pharmacies without a prescription since 2015. Even though a prescription for the medication is not needed, the pharmacist will ask you a few questions in order to find out if you are suited for the medicine.

Walter Brinker studied medicine in Cologne. After his specialist training in gynecology and obstetrics and several years as a senior physician, he settled in Remscheid, where he now runs a joint practice with two colleagues. He was educated in the USA, China, Poland, Congo, Zimbabwe and later also taught there. He is also in possession of the American approbation. In Germany he conducts seminars on contraceptives. Through his work abroad, he is also trained in travel medicine and supervises travel groups on exotic trips around the world as a doctor.